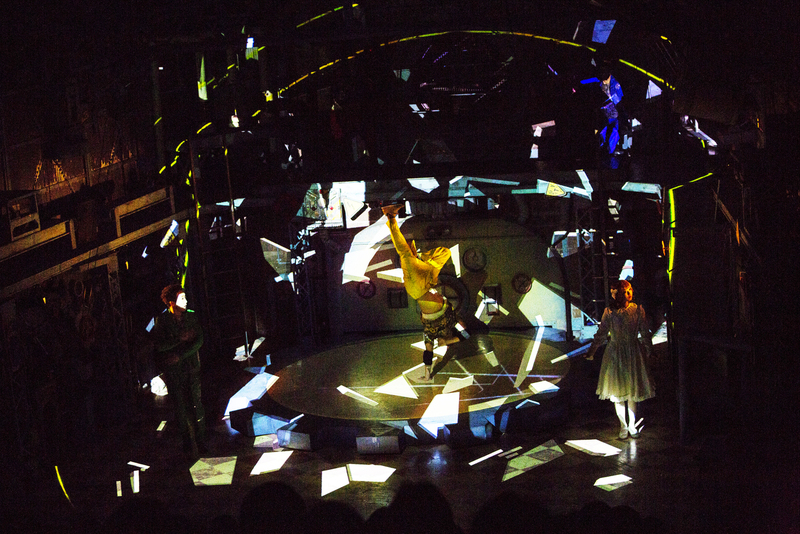 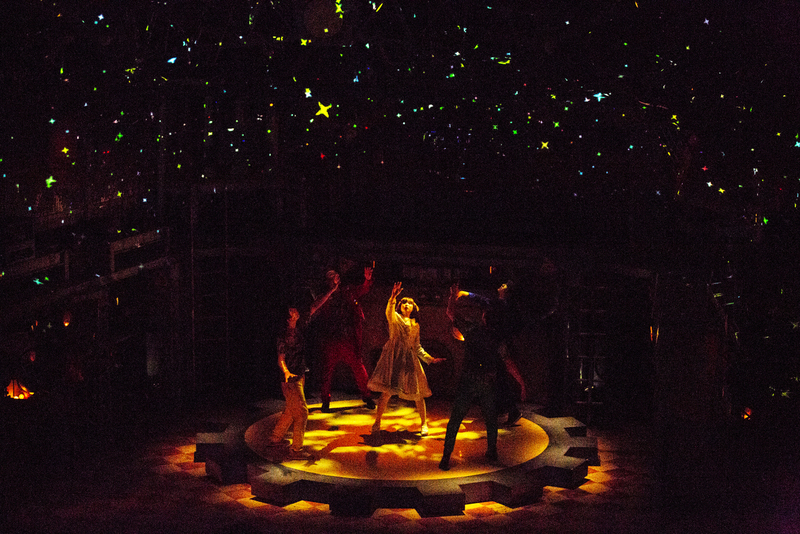 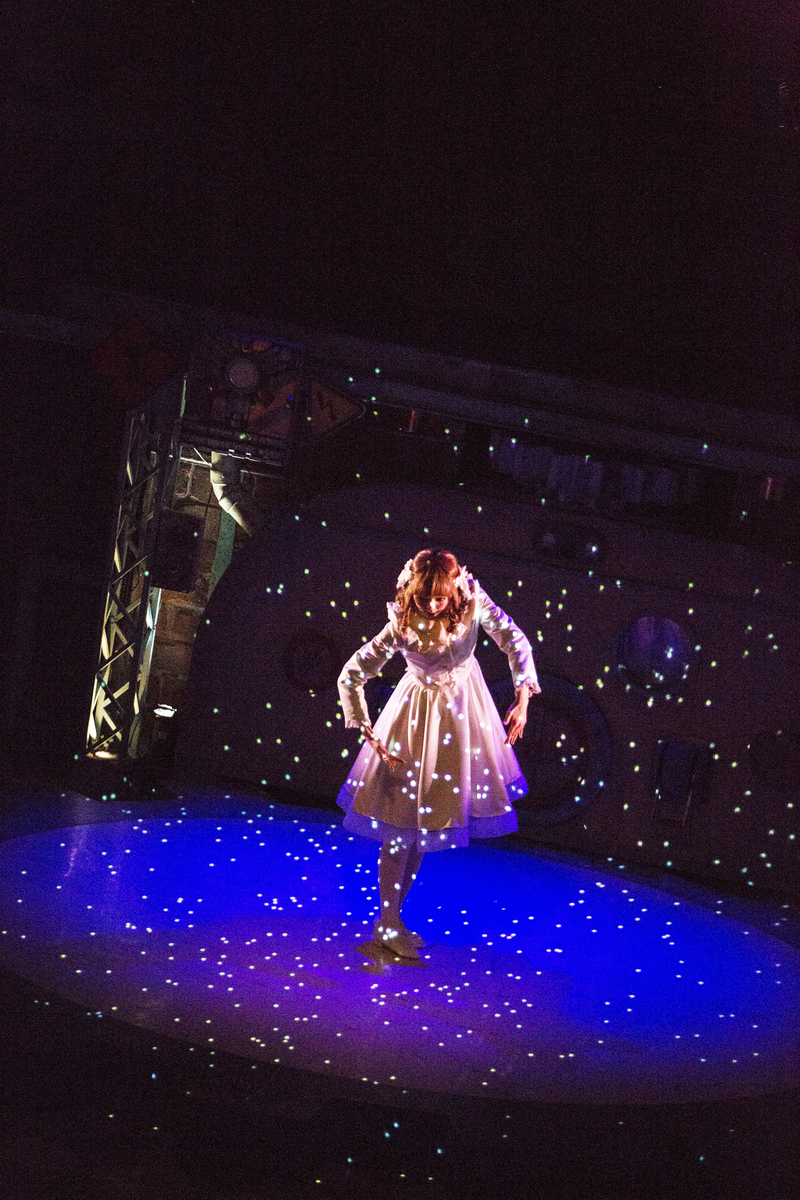 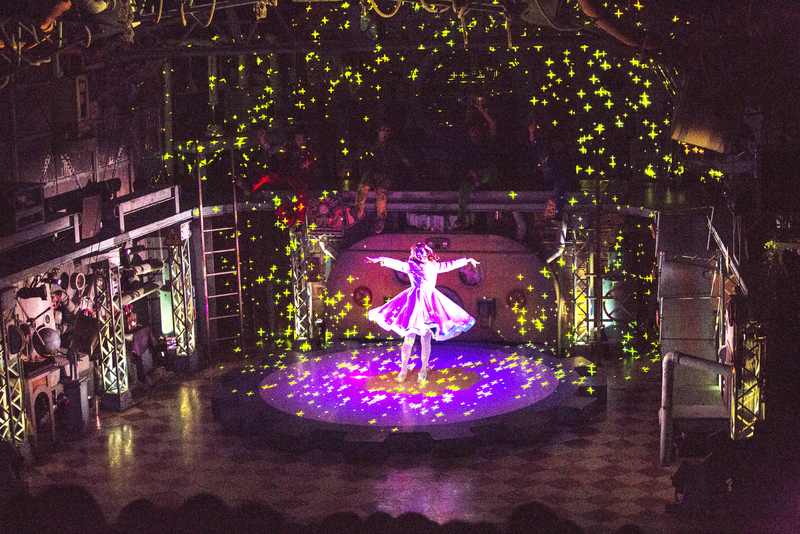 First of its kind in Japan, GEAR is a unique non-verbal performance that stimulates your five senses with a moving story set in the future. Impressive stage effects accompany the show. These stage effects use techniques ranging from those in Kabuki plays to the latest technologies. GEAR East Version offers you a theatrical experience you will never forget!

GEAR is a skillful conglomeration of lights and images with mime, break dancing, magic, and juggling experts for a moving performance and powerful story, all presented without even a single line being spoken. This unique concept transcends language to make GEAR more entertaining for people of all ages, including visitors from other countries.
This popular entertainment show , GEAR , was born in Kyoto, and is now presented as -GEAR- East Version for people in Kanto area to enjoy!
In addition to its cutting-edge projection mapping and laser light technology, international break dancing and juggling, champions join forces with a world-class Japanese magician and more, bringing together a variety of skills and talents for one amazing theater performance!

All tickets are non-refundable once purchase has been made.

The show times are as follows

*Kids shows: monthly, every first and third Saturday from 12:00

The show takes place in Chiba Port Square, located 15 minutes on foot or 10 minutes by shuttle bus from JR Chiba Station. The shuttle bus departs from between no. 25 and no.26 stops at Chiba Station West Exit.
Chiba Port Side Tower, 1-35 Tonyachō, Chuo Ward, Chiba 260-0025