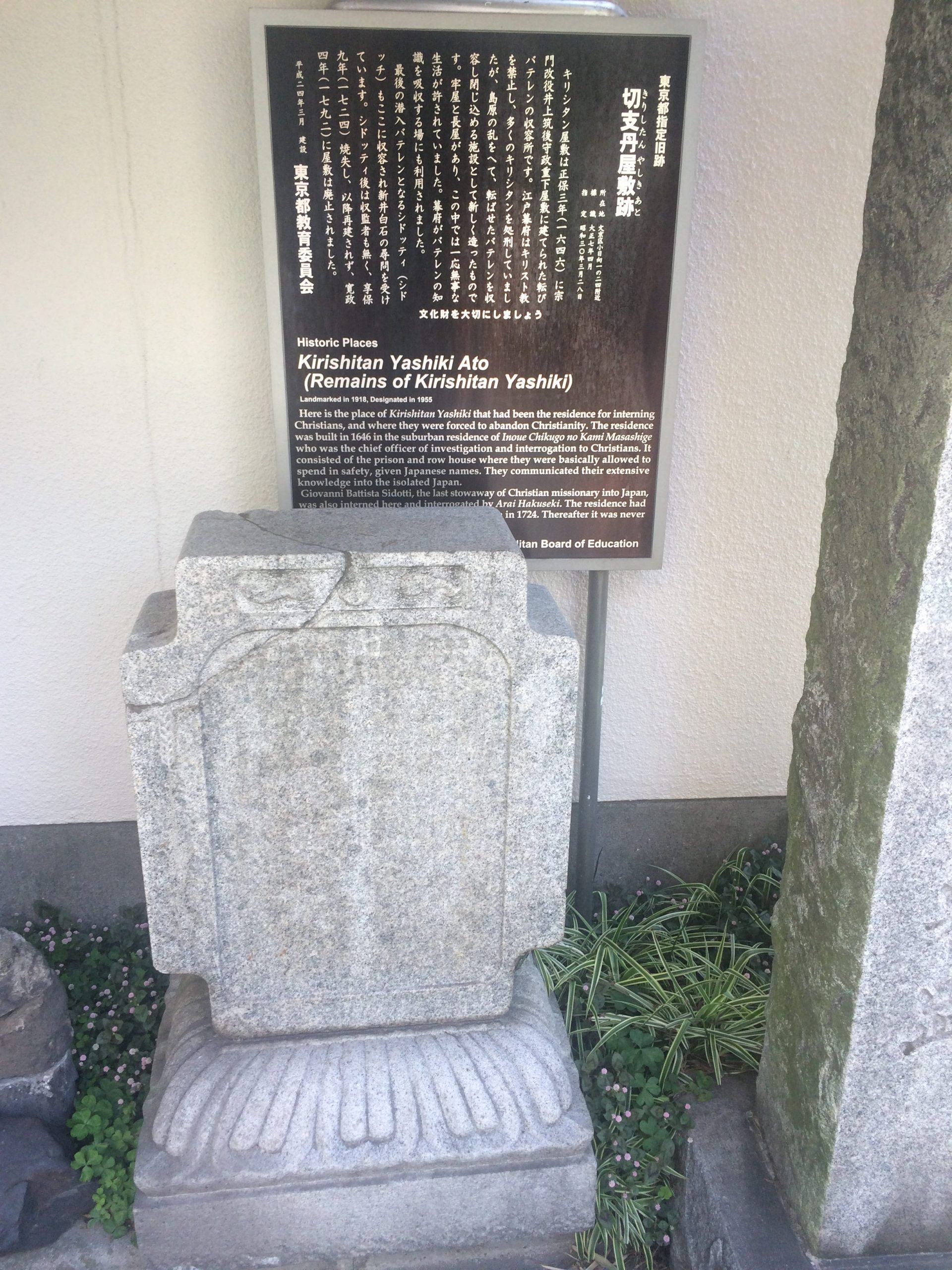 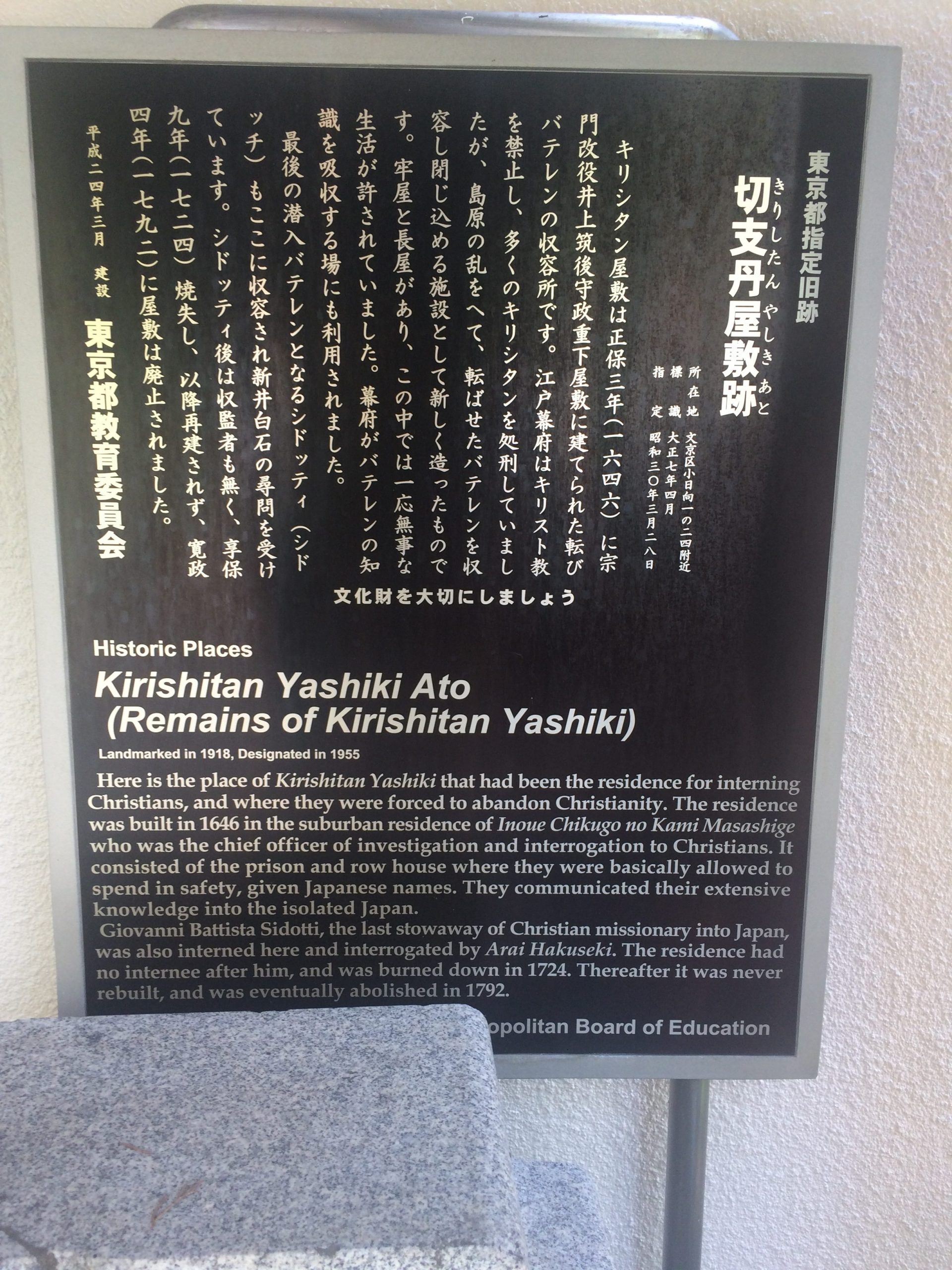 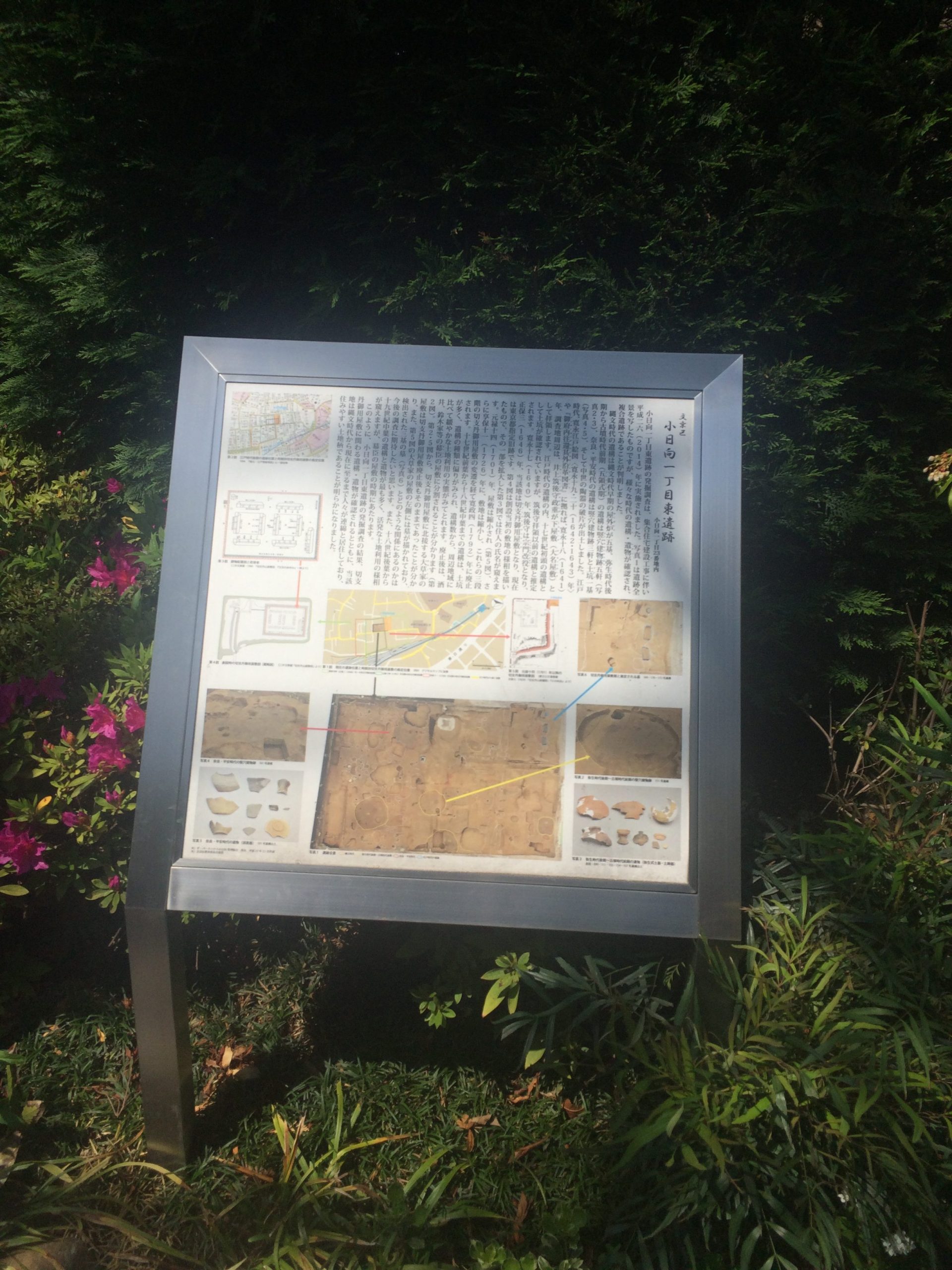 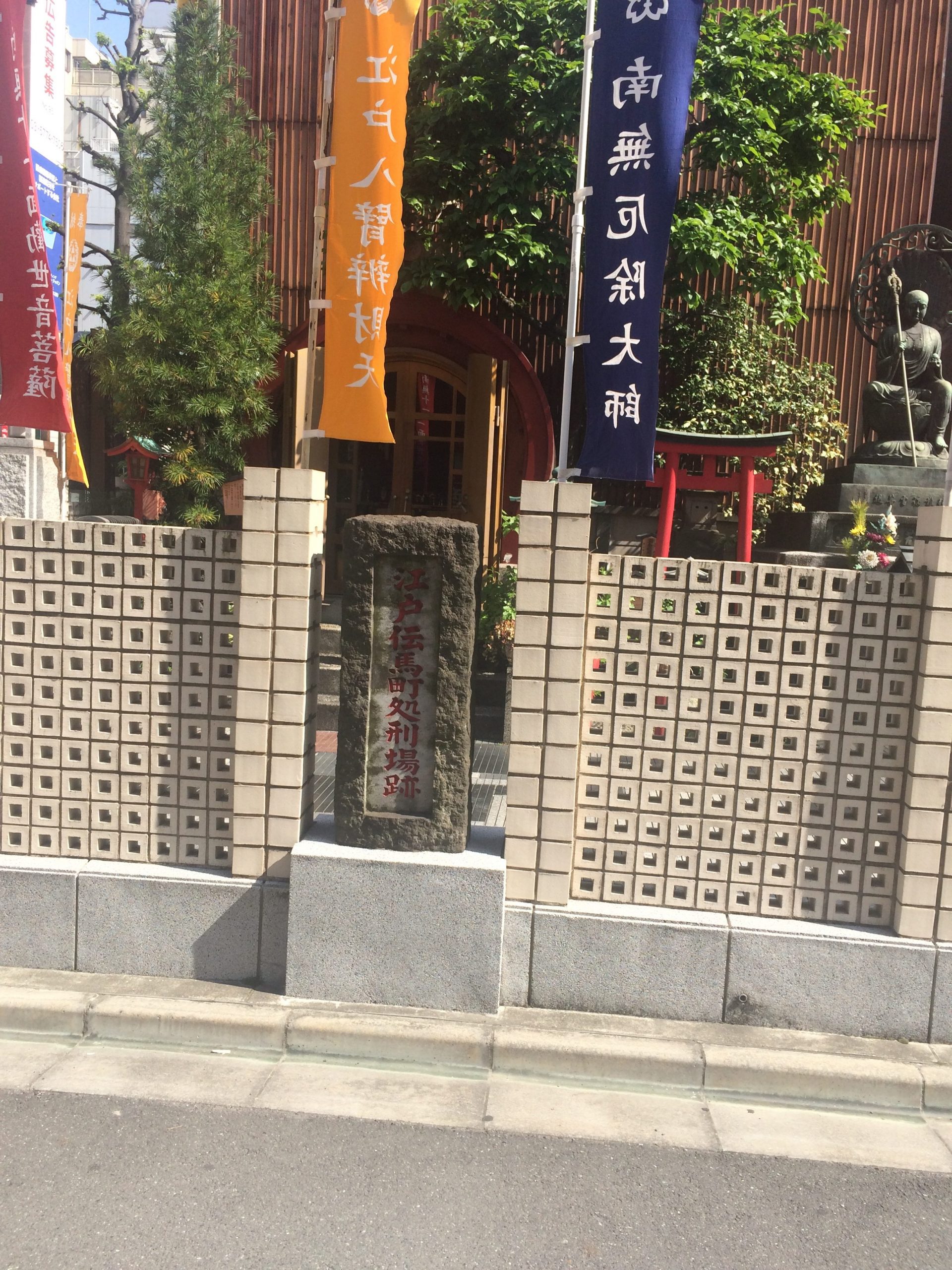 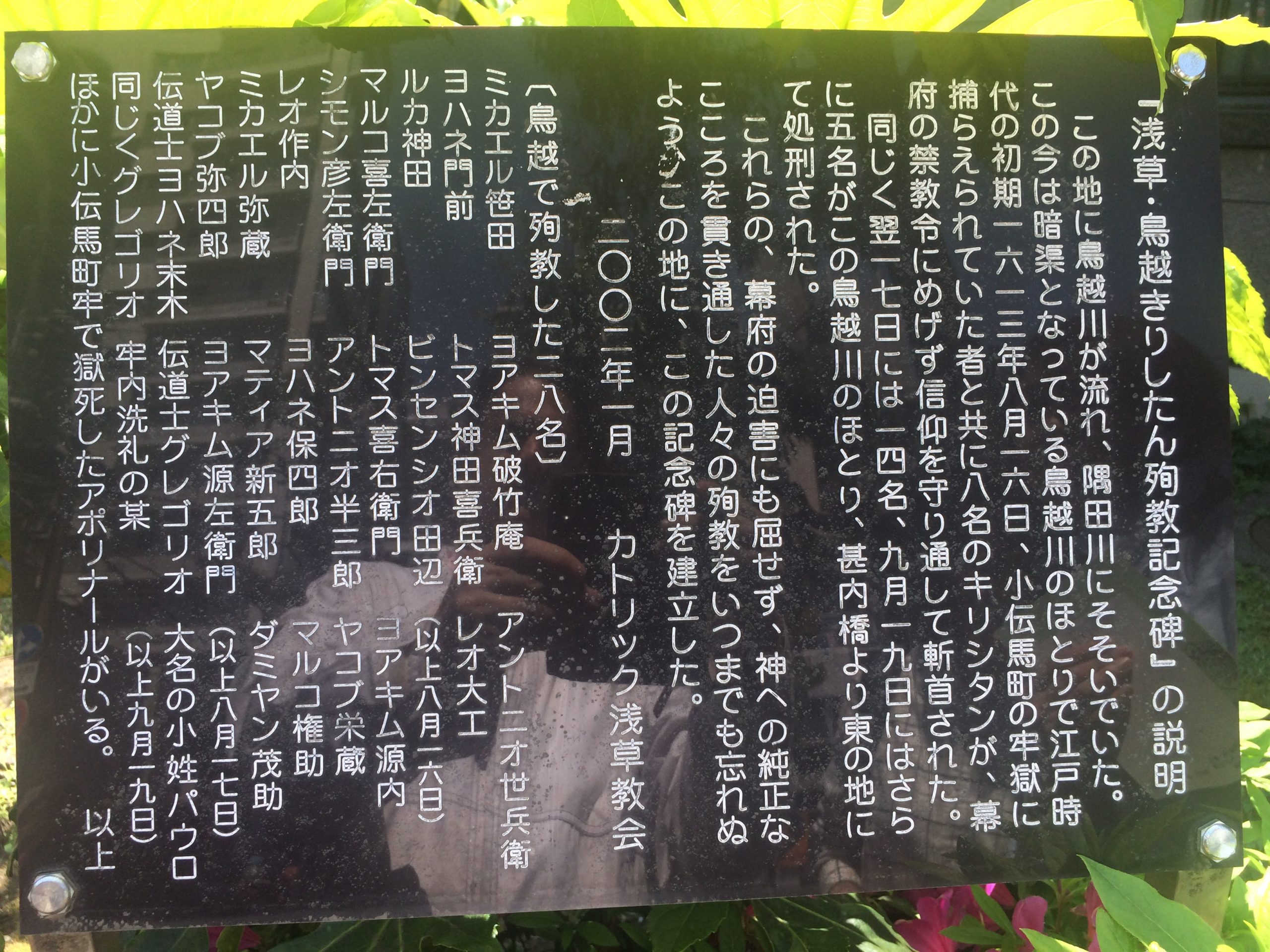 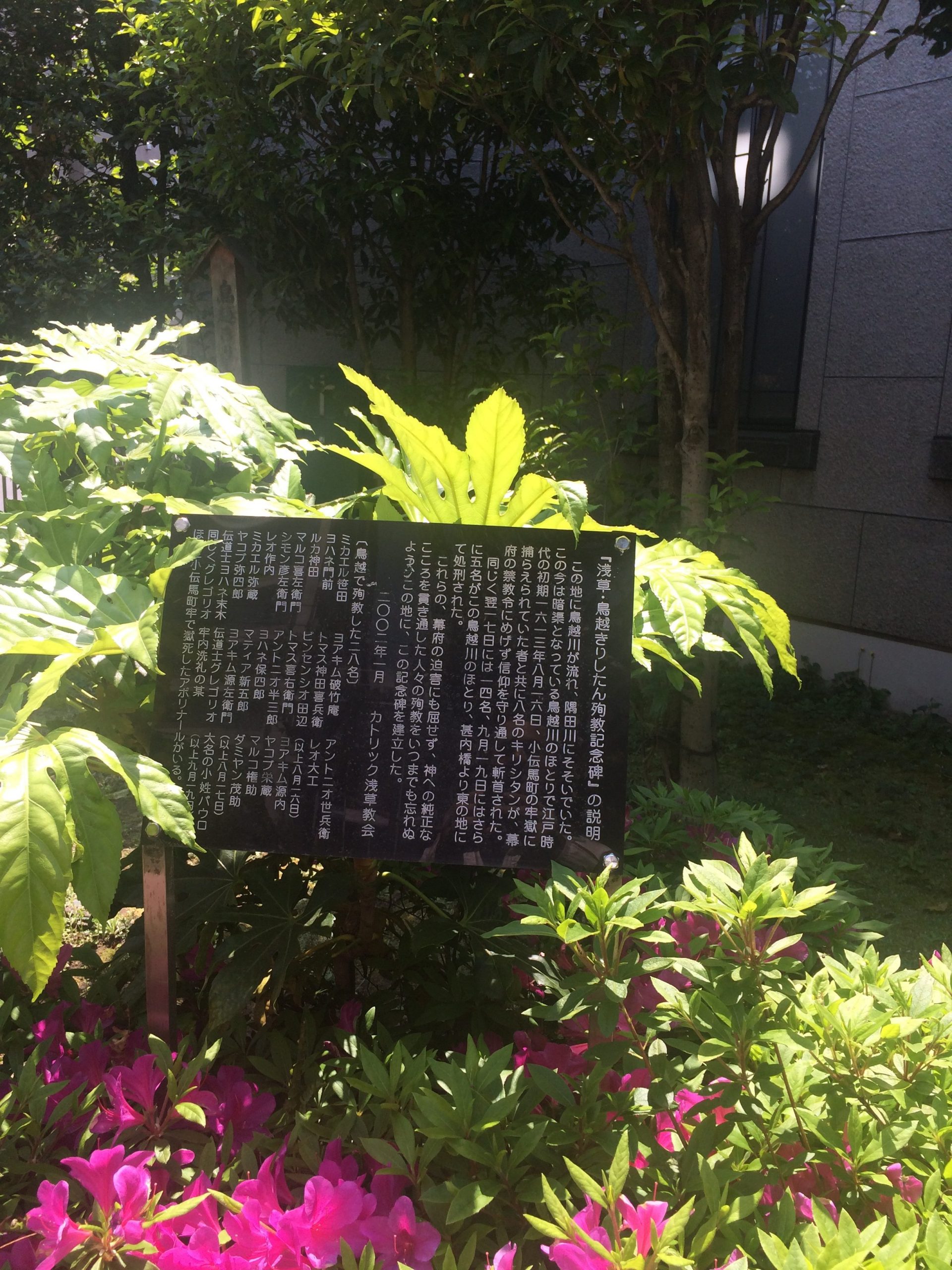 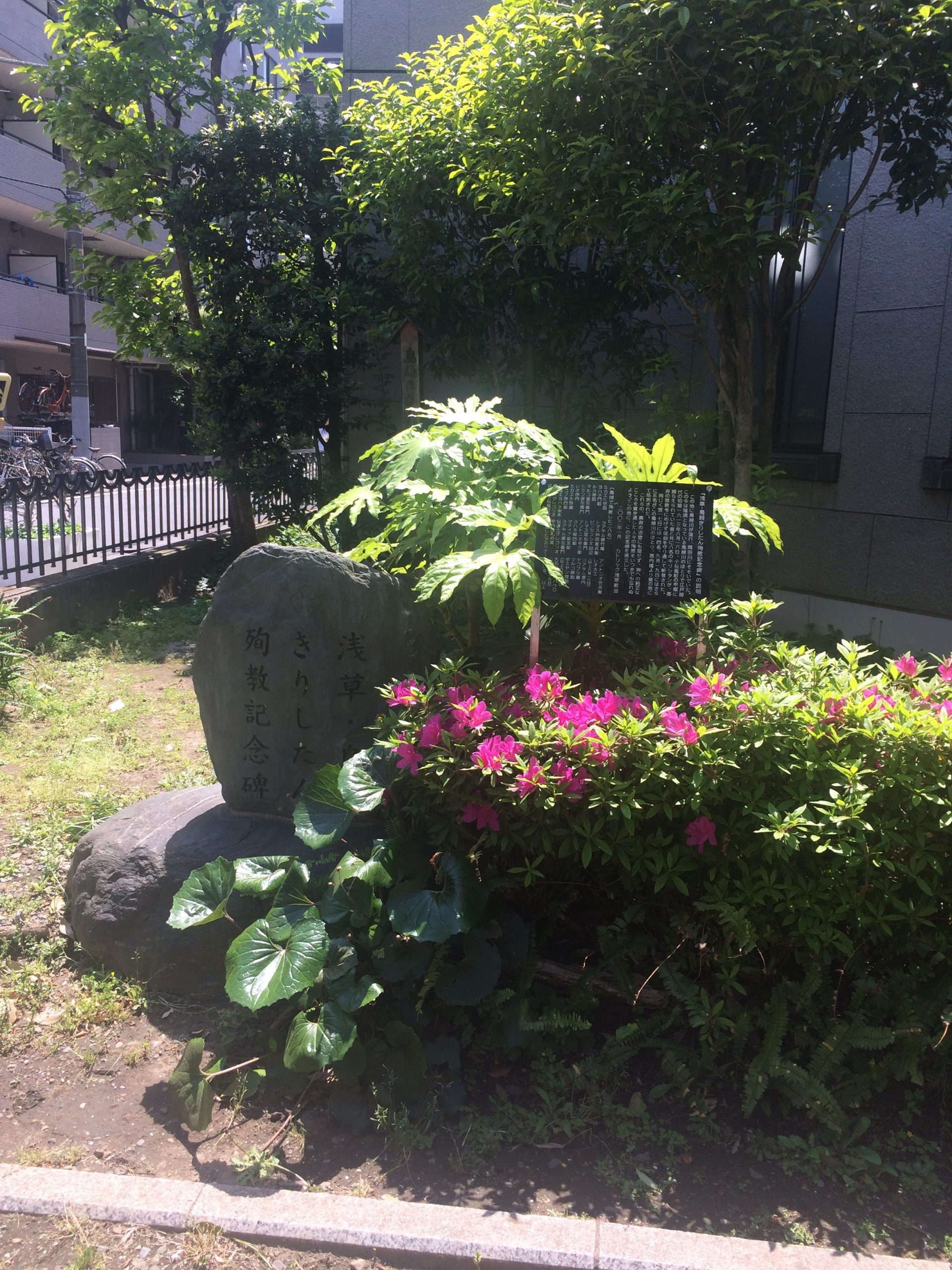 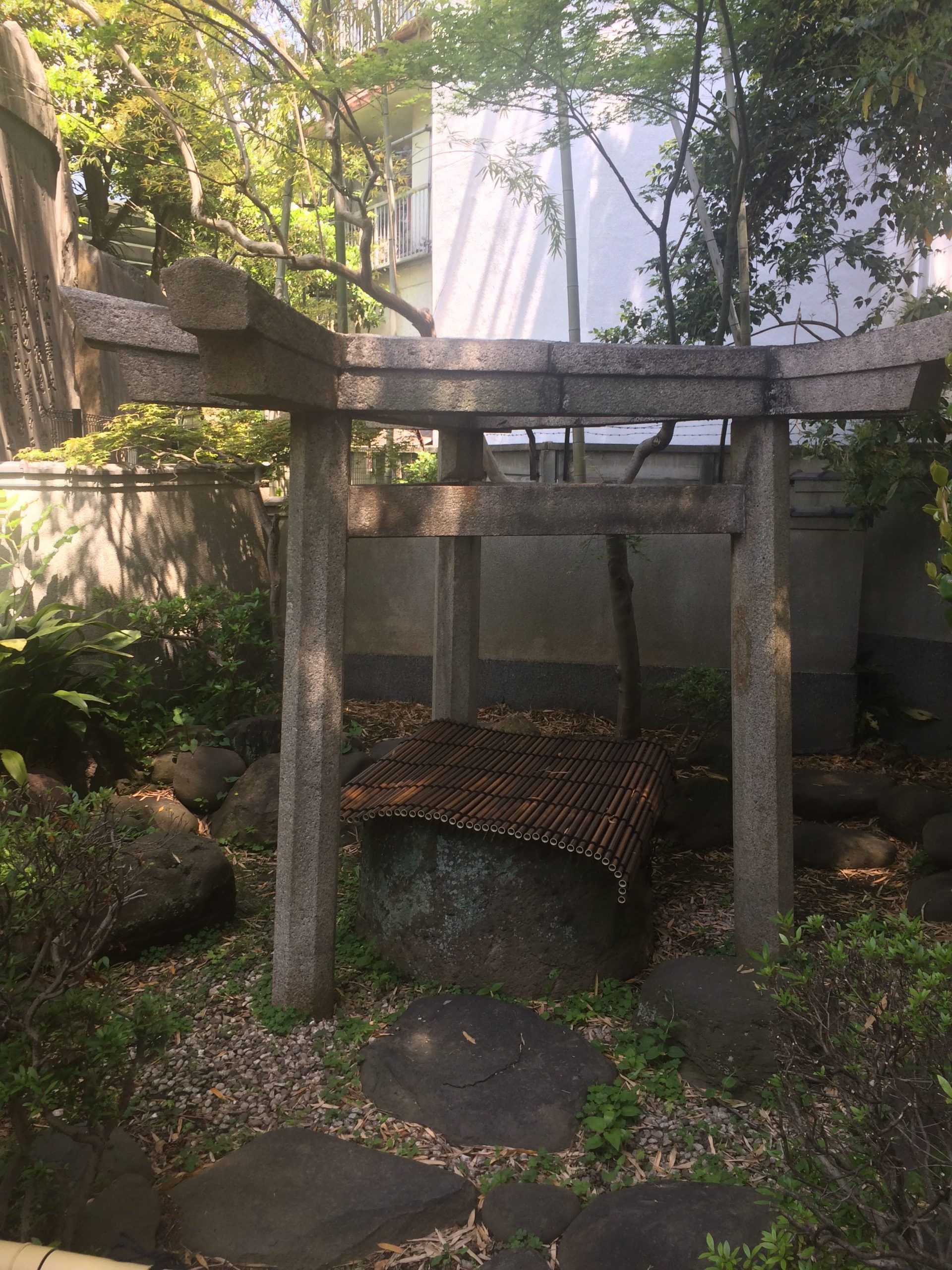 A religious and historical experience with local artifacts of ancient Edo.

Join us on our Tokyo Christian Tour, and visit sites from Martin Scorsese's movie "Silence". Tour the sites that reflect a deep history of Christianity in Tokyo. The tour will take you on a trip to the sites of the Great Edo Massacre of 1612. You will also be visiting the ''Kirishtian Yashiki'', the hidden ''Kirishitan Toro'', and the ''Keikyo Toro'' site from the first century in early Christianity. Furthermore we will take you to the first hospital in Edo as well as other Christian historical sites in Tokyo.

This tour takes you on a trip to the sites of the Great Edo Massacre of 1612, The ''Kirishtian Yashiki'', the hidden ''Kirishitan Toro'', the ''Keikyo Toro'' site from the first Century in early Christianity, the first hospital in Edo and other Christian historical sites in Tokyo. Most people are unaware that in the 16th century, a third of the Japanese population were ''Kirishitan'' or indigenous Christians, and the city of Kyoto was called ''Los Angeles'' - the city of Angels, which was a Christian city. The downtown areas of both Kyoto and Tokyo were also populated by Christians. The Japanese Holocaust, which ran from 1597 until 1859, resulted in one million Kirishtan deaths, one million emigrating overseas, mainly to the Philippines, Macau and Mexico, and about one million going underground which were called the ''Kakura Kirishitan''.

The tour is led by authorities on the topic and inspired by the Martin Scorsese film, Silence. Be invited into the home of a local resident of the areas of the ''Kirishitan Yashiki'' where much of the movie is based on, and see an actual ''Fumie'' - where the Kirishitan were forced to stand on to renounce their faith. Have lunch in the heart of the historic “Kirishitan District” of old Edo, and visit the only museum in Tokyo attributed to Silence and have the chance to renew your faith on the spot of the great Edo Marytrdom of 1623, as portrayed in the movie.

The whole tour will be conducted in an air-conditioned bus, accompanied with English language commentary. The tour is based on a first-come-first-served basis.

Minimum number of participants required for this tour to run is 20.
The tour runs on the last Saturday of the month.

The meeting point will at Exit 1 of Kamiyacho station.

Street Kart - Ride a Go-kart in Tokyo and Osaka